Flypucks are designed to be used off ice, but slide and feel like a hockey puck does on the ice. Flypucks are the same size as a puck but they come in three different weights. 4 oz, 6 oz ( the same weight as a regulation hockey puck ) and 8 oz. The 4 oz puck is meant for repetition and speed, the 6 oz is meant to match the weight of a real puck and the 8oz puck is to build stickhandling muscles.

This is our full review of the flypucks, for a detailed look at the flypucks including size, weight, and material check out our overview.

Taking it to the street

I tested all three flypucks at various locations on various surfaces. I tested for slide, feel, and durability. I tested stickhandling, dekeing, passing and shooting with each flypuck to see if they lived up to the promise of matching the feel of a real puck on ice.

Because there are three different weights I will briefly cover how each fly puck felt, and then give my overall experience.

4 oz Flypuck
Surprisingly the 4 oz puck felt the most like a regular puck on ice, even though it is 2 ounces lighter than a hockey puck. I think the friction of the pavement gives it more resistance making it feel a bit heavier. This one slides the best on smooth surfaces, but flips up the most on rough surfaces. It is good for quick movements, but i think it flips over more because of it’s light weight.

6 oz Flypuck
Even though it is the same weight as a hockey puck I just wasn’t getting the same feel as on the ice. This fly puck feels heavier than a puck when used on pavement.

8 oz Flypuck
This is the heaviest puck and you can really feel it when stickhandling. This one still slides well, but not very far ( more weight, more friction) the point of this puck is to build your shooting and stickhandling muscles. I did enjoy shooting with this puck, but watch out for those posts! (read on)

I thoroughly tested each flypuck and had a good time messing around with them. Here is my opinion of the pucks

Material and design
They are made of some type of hard plastic and there is a large hollow spot in the centre to reduce friction. There is a sticker in the middle that covers up three metal inserts ( which I think are used to weight the pucks). The material does get marked up when stickhandling, but is supposed to be soft enough to not break while shooting.

Passing
The flypucks are pretty good for passing as long as you have a smooth piece of pavement or flooring. If you are on a rough surface than the pucks are not so great for passing. I find that once they hit one rough spot they will start to vibrate and wobble, then they either flip over or start to roll in different directions.

The pucks are good for shooting as long as you don’t hit anything hard. It is nice to have the different weighted pucks for shooting to work on technique and power but look out for those goal posts. You can tell by the picture below that the flypucks don’t hold up well to hard objects.

I was able to crack the 4 0z flypuck, and dent / chip the 8 oz fly puck. I did enjoy shooting with these, but if you have a good shot don’t hit anything hard!

I’m going to have to give out a few penalties here. The first one is a 5 minute major for durability. When I got the fly pucks I was under the assumption that they could be used for shooting ( I had heard it from numerous sources ) after checking their site I saw that you can shoot the pucks, just not into any thing hard, so that kind of rules out most hockey nets. ( booo )

The next penalty is two minutes for speed wobbling. When stickhandling and passing on rough surfaces these things will shake, rattle, and roll. If you buy them, stick to smooth surfaces

I will hand out a few points for the flypucks. What I liked was the design ( they do slide well on smooth surfaces ) the shape ( same as a hockey puck) and the different weights. If I were going to buy these I would just get the 4 oz and 8 oz pucks, I didn’t really see any benefit to the 6 oz.

In this video we give you an in depth look at how to fly pucks work on three different surfaces, a shooting pad, pavement, and rough asphalt. We also show you how the Flypucks work for shooting.

Where to buy a flypuck 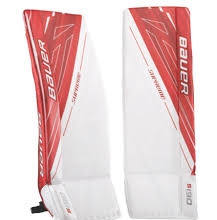