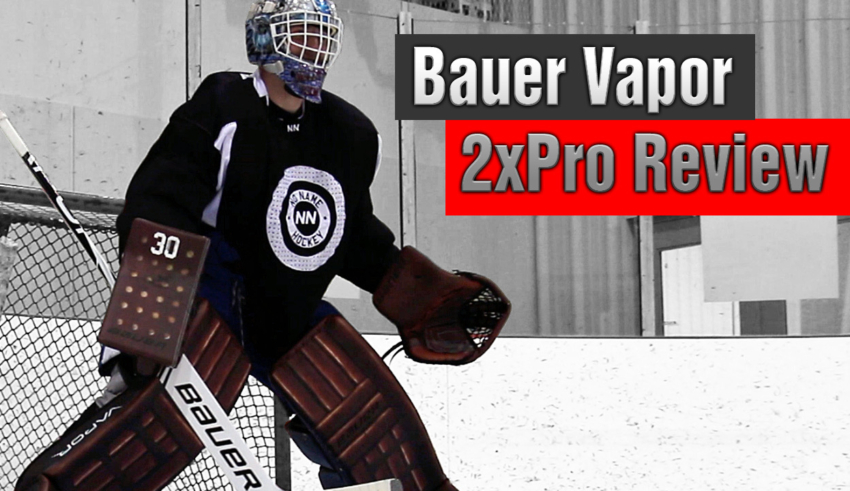 I had 2 sets of 1s pads and 3 sets of gloves from 2016-2017 and each of those fell apart during the couple months I used each piece. I was disappointed but Bauer claims to have fixed the durability issues with their 2sPro line last year and now the 2xPro this year. They had the best performing set on the market when I had my 1S gear but has that changed almost 4 years later? I got a chance to try out the full set of 2XPRO vapor gear at the Royal Sport demo day in Winnipeg.

Performance is what a lot of people care about, so I’ll say it, Bauer makes some of the best performing gear on the market. Slides like there is no tomorrow. The rebounds off the pads and blocker are so hard that I don’t think any competing companies can compete with them. They’re light weight and Bauer portrays them to be the lightest on the market. The blocker and glove I felt was, but I noticed they were heavier than my G4 Pro pads. The 2xpro like all its previous iterations of gloves, is unbelievable light but the catch angle feels odd. Bauer has never had gloves that closed great, and this is again the case here. The single tee doesn’t have the same snap that I would expect in a single tee catch glove.

I also found them over rotating a lot. Andrei Vasilevskiy has this issue a lot with pad over rotation and I believe the knee block was too short and also the angle in the knee block I found to be a big issue. The gloves closure both with catching pucks and on the ice to cover them could have been better.

This always has and probably will be the biggest question mark about the Bauer line up about gear for quite some time because whether it be pucks going through pads, pads coming completely off during games or any of the other issues that surface online. Bauer has made $#!t quality products the last couple years and I would almost say that they don’t care about consumers purchasing dollar when they make these products that barely last a year before having zero retaining value. I can’t comment on the durability because I used the set for 30 minutes at a demo day however, I did see somebody else has a HAL Strap snap on the ice on one of the demo vapor pads.

Well at least if the gear is going to fall apart, you’re going to be looking good. Bauer now offers custom graphics and you can get whatever you want graphic wise and the upcharge maxes out at $500 for the whole set. Half the price of Brian’s. On the other hand, anything custom I have ordered from Bauer has taken longer, sometimes double the estimated deliver times with custom so your taking your luck into your own hands when you order custom.

Would I recommend them? No. If I was paying for a set of Vapor 2xPro gear out of my own pocket I would not chance the durability and quality I could be getting to consider the inconsistency in Bauer retail products. If I had an endless supply of cash or just wasn’t paying for my gear, I would def consider buying a custom set but at this point in time after demoing the 2xpro set, it just reminded me why I love my Warrior G4 stuff as much as I do and that I will be sticking in it for a while. https://www.youtube.com/watch?v=7M5whz6CgsQ&t=7s 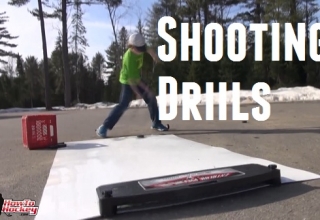 Earlier this year I did a review of the Extreme Passing Kit from HockeyShot. …