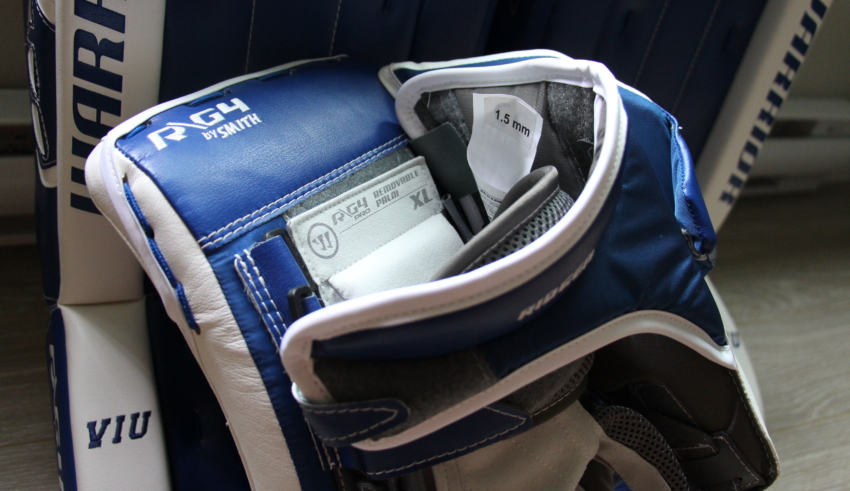 I’m in Warrior Goalie. Still to this day its weird to say but its reality. If you asked me 2 years ago about what I thought of warrior goalie, I used to be just like every other goalie, “Warrior goalie gear? That’s a joke, I’d never wear that $h!*”.

Well times are changing, and Warrior has without a doubt the lightest wear on the market. I was always led to believe it was Bauer, but I was wrong. This is a pad that has really took me for a 180. This company that I wondered how they were still in business cause they made one of the worst products on the market, is quickly becoming my favourite gear I’ve ever used and here is why…..

The blocker may be the only area on this lineup with a little bit of weakness. That being the wrist mobility, I think the wrist cuff needs to be soften up a bit more, so it’ll stretch/move more when I’m making high blocker saves or reaching for a far side blocker save. I shouldn’t be reaching for those saves, should be shifting (my goalie coach will kill me if he reads this) but when I do reach for saves it would be nice to have that mobility in the cuff.

Outside of that the blocker is BOMBASTIC. Yup, big word for some big praise. Hard rebounds pop off the blocking board. Like the glove, the palms are completely washable and removable on the blocker. Super easy to install or un-install. I can get one out in probably 1 minutes and put it back on in 2 minutes. Keeping in mind that I like to tinker with it until it is perfect.

Hard to comment on since I just got my custom set and I’ve been using this demo set for about 5 weeks give or take. So far, I haven’t had a single issue. Blocker has been great so for.

Not a lot of custom options on the blocker. Lots of colour zones like the pads and glove. You can go stock G4 graphic or retro graphic. Aside from the XL or large palm, there are no real custom options on here. Obviously my gloves are full right but I opted for the XL palm.

Top notch. If we are being honest the real reason I switched to Warrior was due to the customer service. Dealing with Kirk Allen personally and Warrior as a whole has been a blast, and pleasure. All I can say is that I wish I would have switched sooner. I like supporting a good product, backed by good people and genuinely cool dudes who care about customers. Not just pro athletes. Considering the current state of most business’ and especially the hockey industry, this is an EXTREMELY fresh breath of air.

I could not be happier about my G4 experience so far. Obviously, the gear is going to have to wear down at some point in the next year. I feel people seriously need to open their horizons and give Warrior a try. Without the recommendations of my goalie coach I would have kept the same mentality of never giving Warrior a fair shake. I’m glad I did because it’s the little things that add up to big differences in my game and my game is improved since switching. 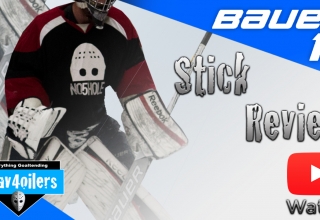 Hey guys, Trav4 here. So you can probably guess by the title of this …