I converted over to VH Skates back in September 2016. It was right before VH was bought by TRUE and time and time I’ve come back to these skates. In almost 3 years since I got them, I learnt a lot about VH Footwear and now TRUE. I want to share that in this written review.

So, these are a custom VH boot with a Bauer Vertexx 2 cowling. This boot has seen 4 different cowlings come and go and a set of 2-piece skates but they’re still my go to skates, but why?

The level of comfort in VH and even TRUE skates is unrivaled. The concept of building a skate exactly around your foot was revolutionary in its inception a few years ago. The 3D foot scanning was a first of its kind. The skates are so comfortable because they are a piece of my foot, I mean they were built around my foot after all. That fit is tight and uncomfortable for the first 5 skates but after that its perfect. There is ZERO energy loss in pushes I found.

At the time there was the custom boot option or the one-piece option. However, I got a pair of 2-piece skates from TRUE last year and as great as the performance on them was, I found they were so forward pitched that my knees and hips where starting to feel the stress of that. The neutral pitch of my boot/cowling combo gives me the control to use my edges as I please without having mass amounts of stress in my ligaments and joints.

After having skates for 3 years, the durability starts to show. As Coach Jeremy said in a video “wow your skates stink like a cat box”. They’ve seen probably hundreds of hours of ice times. At this point in time, loads of stitching has started to come undone internally inside the skates. Obviously, the leathers are starting to discolour. Surprisingly I’ve had 3 different eyelets pop out of the skates. Only a matter of time before the boot starts to rip now because of the eyelets out.

As far as fit goes. A TRUE rep told me last year that over top your feet get flatter so each year the fit of these skates has gotten poorer and poorer and that’s indicated by skates that make your feet ache. 3 years later and my feet are finally starting to get some aches pretty consistently.

For the $700 I paid in 2016 for the custom. I don’t feel the skates owe me a dime. They’ve stood the ultimate test of time, haven’t failed me ever and consistently give me the performance I want and need. The skates are showing signs of wear and tear 3 years later. All of my previous Bauer skates were in the same shape after a year and a bit so I’ve gotten double the life out of these and I’m still squeezing additional life out of them as you read this article.

Don’t be fooled by Bauer or CCM (keeping in mind I haven’t tried these custom skates and am very biased) but TRUE/VH are the kings of the custom skates. Hand crafted start to finish. If you can dish out the cash, I highly recommend you look into getting a pair. 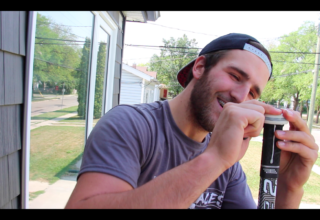