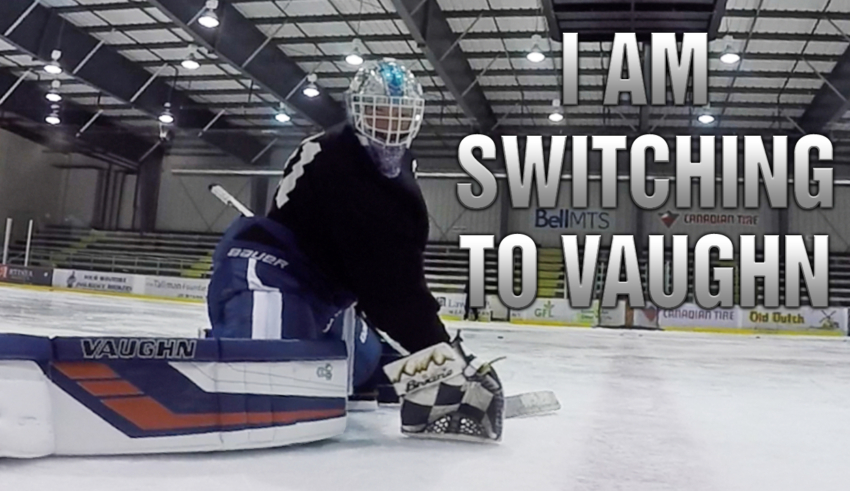 So recently I got a chance to demo a lot of gear at the Royal Sport demo day in Winnipeg. I demo’d Warrior, Bauer but when I went to the Vaughn booth they had nothing really to show for, let alone anything in my size. However, Tim Morrison (who isn’t even a rep) was one of the guys at the booth and had his own custom set that were perfectly sized for me. He also happened to coach me when I was a kid so always good to see him and catch up and he was nice enough to allow me to demo it on ice.

Not A Vaughn Guy

I want to start off by saying I AM NOT A VAUGHN KIND OF GOALIE. I’ve had some very poor customer service and performance issues with Vaughn growing up as a kid and I haven’t come anywhere near a Vaughn product in almost 10 years (outside of chest protectors). However, after trying out Tim’s set of pads It changed a lot of that stigma away. 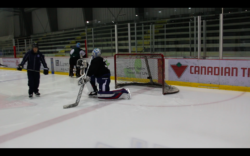 The V8 line is typically a pretty soft hybrid style pad. Its tradition Vaughn. It’s the same thing they’ve been pumping out and people have come to expect for years now. If you follow anything I’ve put out since signing up for YouTube years ago, you know that I LOVE a nice hard face butterfly style pad. I’ve found that they slide better, give better rebounds, etc.

This experience however was VERY different. I actually liked the soft V8 pads. They slid great even in comparison to the 2S Pro’s and G4’s I had demo’d earlier that day. The weight isn’t going to be the lightest considering it’s a Velocity pad but still wasn’t slowing me down. You can see for yourself in the video at the bottom of this article and judge for yourself on the slide-ability.

Obviously, rebounds weren’t as hard as I’d like but asking for harder rebounds in a Velocity pad is like looking for a bride in a brothel, not going to happen. The Magnetic straps felt surprisingly good and that rotation strap at the calf I think is a game changer for Vaughn.

So, what’s the verdict? Verdict is that I’d never consider switching to Vaughn unless I got to demo a full set with gloves, and to do so for an extended period of time to test the durability. With that said, I really liked the pads, but nobody is going to order a custom set after using them for 20 minutes.

With that in mind, it’s a great set of pads. Shocked me a lot and for the positive. I’ll be keeping my eyes on the Velocity line when the V9 lineup rolls out in the future.  Also, again I want to thank Tim Morrison for hooking a brother up, so I can skate with his demo set. 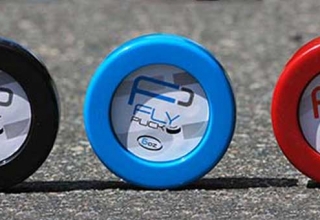 Flypucks are designed to be used off ice, but slide and feel like a …