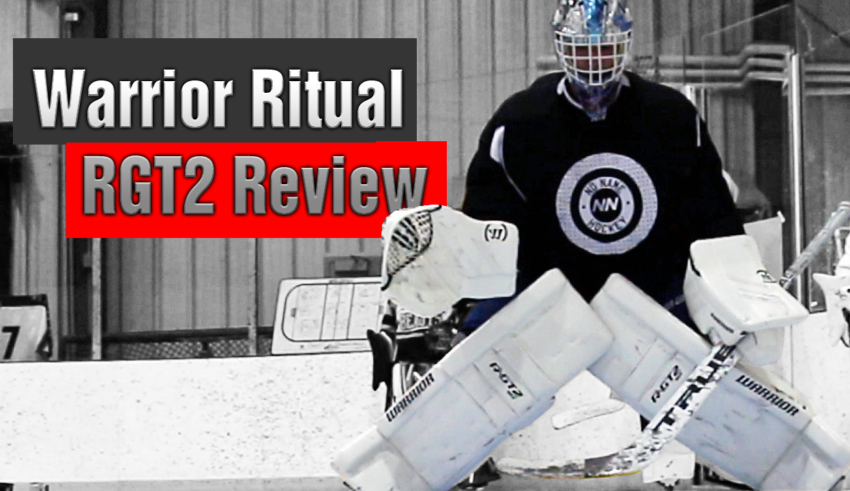 It’s no surprise, the warrior G4 line has turned me from a bare-knuckle hater of Warrior like the rest of GGSU, to a fanboy. I was shocked by the G4 line, how good it was and how much I still love the gear to this day. Safe to say that even though I don’t like Hybrid gear, I was still VERY excited to try the RGT2 gear and see for myself if Warrior could once again change my mind on hybrid gear. I got a chance to try out the full set of 2XPRO vapor gear at the Royal Sport demo day in Winnipeg.

So first off, the RGT2 pads have no air slide (my favourite sliding technology) and no ARS toe ties or any toe ties for that matter. Jut skate lace toe ties but they have the same leg channel and strapping as the G4. The glove doesn’t have the removable/washable palms, it has a slightly lesser scoop angle on the thumb of the glove, and the catch angle is slightly different from the G4. Blocker on the other hand is identical to the G4.

So, to probably nobody’s surprise the RGT2 does not compete with the G4 in slide ability. No slide material or sliding cut out = obviously they won’t slide as fast or as smooth. The rebounds I found slightly softer off the pads. Obviously more flex and torsion since it’s more of a hybrid core.

Glove I found was a little odd. Probably because I’m so in love with the G4 and have built up such a bias to it that anything else would bring out my self-serving bias. The glove has a double tee and I’ve never been a double tee fan, I love the snap of a single. I actually ended up using my G4 glove towards the end of the demo time because it reminded me how much more I liked it.

The blocker is identical to the G4. I’m not the biggest fan of the G4 blocker because I’ve felt that since day 1 it could use more wrist mobility, be thinner and get harder rebounds so all of those opinions stay constant here. However, the lacking presence of the removable palms on the gloves does suck.

Warrior makes fantastic products top to bottom. I can’t comment on the RGT2 durability again because I only use it for 30 minutes, but Warrior has a 6-month warranty on all of their gear so if anything goes wrong then they will fix it, they also have a fit guarantee. All in all, Pete Smith and the team at Warrior takes care of customers and give them (myself included) many reasons to come back again.

Honest, I wouldn’t recommend the RGT2’s if you’re like me a massive butterfly goaltender. RGT2’S just aren’t my type of gear, as are all other hybrid gear. If you’re more traditional goaltender and like this style of gear, then this will be right up your ally. Like every other piece of gear, I have tried since October, it has been a 24/7 reminder about why I love the G4 gear so much and won’t be leaving it any time soon.https://www.youtube.com/watch?v=1KQoxJAHfME 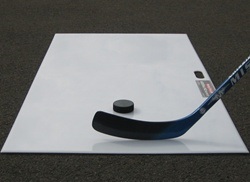