Since the lockout took place in the 2004-2005 NHL there’s been a few things that have happened to the game at the highest level.  Much of the stickwork that took place pre-lockout, like the hooking, little slashes, and crosschecking infront of the net has been partially eliminated.  The goaltenders have been basically told to park themselves infront of the net and not worry too much about handling the puck.  Lastly, the red line has been taken out of play, eliminating two-line passes and trapping defences, to open up the game.
What’s happened has changed the way the game is played.  Skill is being displayed like never before and one thing stands out in players that are not being subjected to the constant stick work and open style play….speed.
Hockey no longer is being defined by the big, rugged players that can push players around, win battles in corners because of brute strength and size, and players that just throw forwards out of the front of the net.  Hockey is now being defined by players with skill and speed.  And if you have speed, you can find a place to play.
Just think about the advantages you’ll have as a player if when you get faster:

1. You’ll get hit less often…less chance at being injured.
2. You’ll be open more often….more opportunities to create scoring chances.
3. You’ll blow by more defenders….more scoring chances.
4. You’ll keep up to more forwards as a defender…better plus/minus.
All of this leads to better stats, which leads to better recognition, which leads to more opportunities to play at a higher level.  Let’s face it, that’s what you want.  To have a chance at playing at the highest level possible for you.
So if you want to get faster, the first thing you need to work on is getting stronger.  When you increase your maximum strength, you increase the potential in all other facets of your fitness.
The second thing you need to work on is focus on getting faster through drills that will make you faster.  There are too many myths out there about how to get faster.  One being that if you run on the treadmill for an hour at a steady pace, you’ll get faster.  Not happening!  Another myth out there is that if your workout doesn’t leave you completely bagged, then it wasn’t helpful.  Again, a complete load of you know what.
Here’s what you need to know about getting faster:  Speed work is defined by maximum intensity running at 2 to 8 seconds with full recovery.
So if you’re looking to get faster over the off-season, try this workout once or twice a week on non-weight training days.
Warm-up: Always start your warm-up with some soft tissue work with a foam roller followed by a dynamic warmup, putting your body through movements that will activate the muscles that will be used during the workout.
A. Sprints:  You’ll be doing 10 reps of each length (5, 10, 20, and 40 yards).  So start with 10 reps of 5 yard sprints, then 10 reps of 10 yard sprints, and so on.  Give yourself 20 second breaks after the 5 and 10 yard sprints, then between 30 seconds and a minute for the 20 and 40 yard sprints.
B. Shuttle Run:  You’ll do 3 sets of this drill with at least 1 minute of rest in between.  Start by sprinting 10 yards, stopping, then sprinting back the start.  Immediately stop again and run 15 yards and back, then 20 yards and back.
C. Stairs: Find a set of stairs with between 20 and 30 steps.  Your job is to get to the top as quick as possible, touching every step.  Do 5 sets with at least 1 minute of rest in between.
Cool Down:  Take yourself through a series of dynamic movements to slowly bring your heart rate back down.  This is also the best time to work on flexibility which will also help improve your speed.
Now I know that doesn’t seem like much, but remember, you don’t have to do workouts that leave you wanting to puke in a nearby garbage can to be effective.
Leave a comment and tell me how you train to get faster.
To your success,
Conor
starfactoryfitness.com
Check out his off-season training guide
Reference: Peak Performance www.pponline.co.uk
Load More Related Articles
Load More By Coach Jeremy
Load More In Most Popular
Click To Comment 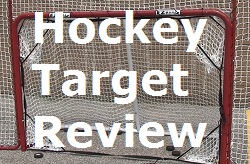