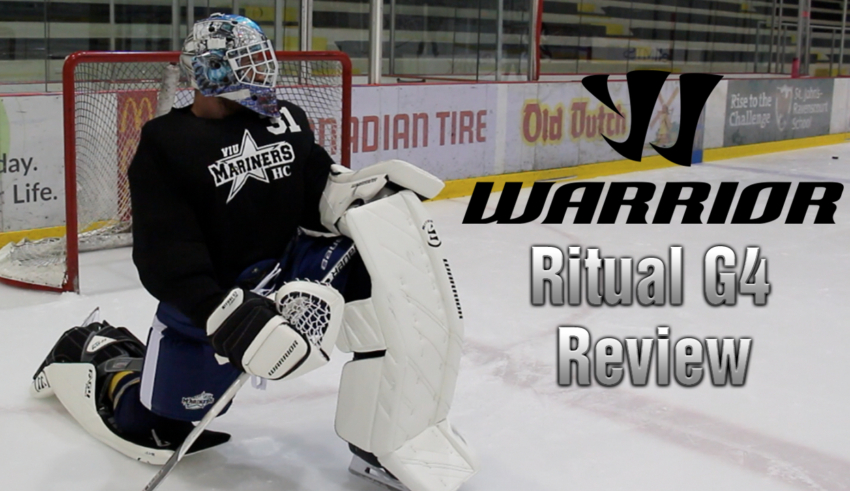 Warrior Goalie is the Vegas Golden Knights of the equipment industry. Everybody has either a negative opinion or no interest in them, despite never ever giving them a fair shake from the beginning. Meanwhile they are one of the biggest hidden gems in the league. We are talking about Warrior Goalie right? Correct and specifically the G4 line.

How I Got To Demo This Line

So the G4 line is Warriors new butterfly line of equipment and recently I got the chance to demo the entire line at the Royal Sports Demo day in Winnipeg. First off I want to thank Kirk Allen. He’s the head brand/product manager at Warrior Goalie and he’s been beyond helpful with any questions I’ve had and anything in between. My personal coach goalie has been giving me the sales pitch on warrior for years about how good they are, but like everybody else I never gave them a shot. After trying them out I was even more surprised that I anticipated 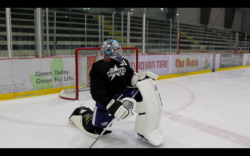 The pads are incredibly light weight and I believe even the lightest set on the market. Slide light a dream and the simple strapping may not look the nicest but it works. The rotating knee strap is great for big knee pad users like myself. They just felt really good. I wish they could have been a little stiffer but that’s the way the cookie crumbles and it crumbles very nicely when we are talking about the G4 pad

The blocker feels really odd at first. It’s not the same build as my traditional Brian’s and 1S blockers I’ve used in the past years but again this is one of, if not the lightest blocker on the market and it just feels right making saves in this thing. I think the removable and replaceable palms are a great idea for swapping between game and practice palms. 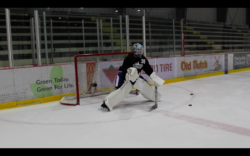 The G4 glove, what can I say? This thing is light, great closure. I mean essentially short of having a floating anchor tee this might be the best glove I’ve used to date. The glove I used in the demo video was a G3 because I liked the catch angle better a bit better but overall I think warrior is making some SHOCKINGLY great stuff in the goaltending industry and I’m excited to see what they roll out in the future. 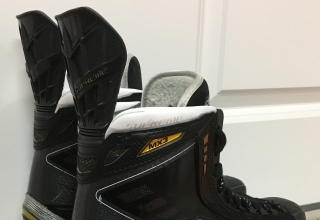